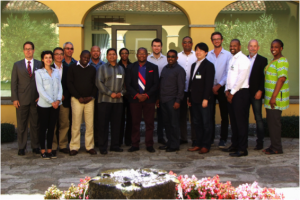 Lars M Andersson is one of the experts on a panel involved in the project of proposing alternative municipal financing models for metropolitan cities in South Africa. The project is led by South African Cities Network (SACN) in partnership with the City of Tshwane.

”In a context of decentralisation coupled with rapid urbanisation which is characterised by growing levels of poverty and informality, metropolitan municipalities are increasingly concerned about their capacity to deliver on their expanding functions and demands. While on the one hand cities are becoming more focal and acknowledged as important engines of growth and development, they are also finding themselves under extreme financial pressure, which adversely impact on their developmental agenda. And while there is legitimate pressure for cities to improve their own efficiencies and maximise their revenue generating capacity, it is also increasingly evident that the current metropolitan municipal financial model is deficient: outdated, inadequate and unsustainable.

We require creative rethinking about the kinds of appropriate innovations that could place metros on a more sustainable path to delivering development for the past (for a country like South Africa which is still confronted by a legacy of deliberate mis-development and underinvestment), the present, as well as the future..”

The first meeting of the expert panel took place at the Rockefeller Foundation’s Bellagio Conference Center at the Como Lake in Italy during September 23 – 25, 2015. Among the participants were representatives from SALGA, the Financial and Fiscal Commission, the City of EThekwini, UN Habitat, FMDV, Japan International Cooperation Agency, and from the organisers: SACN and City of Tshwane.

The final report is expected during the spring of 2016.