The Global Fund for Cities Developments (Le Fonds Mondial pour le Développement des Villes, FMDV) has published an article written by Lars M Andersson. The article is about the question of how the concept of local government funding agencies (LGFA) could be applied in developing countries.

Read a Spanish version of the article

The advisors (Aidan Brady, Lars M Andersson and Francis Breedon) delivered their report last week. The Local Government Association (LGA) has then, last Thursday, decided to move forward with its plans to create a Municipal Bond Agency. In an interview with Room 151, Sir Merrick Cockell, chairman of LGA, said: ”The huge potential for reducing local government’s borrowing bill by introducing diversity and a council-owned competitor into our lending market is too big to ignore.”

Lars M Andersson has been appointed to be a member of the Supervisory Board of Agence France Locale – Société Opérationnelle. He is also the chairman of the Strategy Committee within the Board.

In the UK Parliament 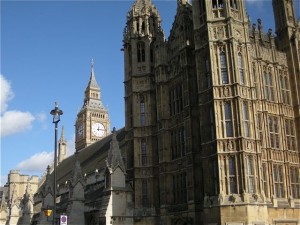 Sören Häggroth and Lars M Andersson gave, Thurday 23 January 2014, oral evidence to the Political and Constitutional Reform Committee in the House of Commons. The Committee asked questions about the legal regulations between central and local government in Sweden and how that differs to the UK system. Furthermore, the members of the select committee had several questions about Municipal Bond Agencies in Europe and the project to create such an agency in the UK. The session, which  lasted for over two hours, can be viewed here (video), or read here (transcript).

The English LGA has appointed advisors for the con-tinuation of their project to create a Municipal Bond Agency.  Aidan Brady is the lead advisor. He has many years experience of senior executive positions in banks, including Deutsche Bank.

Lars M Andersson and Professor Francis Breedon, professor of economics and finance at Queen Mary University of London will act as strategic advisors. 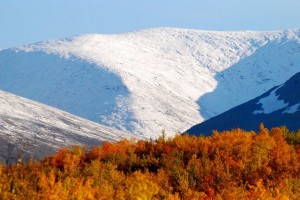 After coming back from Paris

and some very interesting meetings,

I wish you all A Happy New Year

Municipal Journal have in an article, written by Jonathan Werran, reported about the LGA’s decision to continue to develop a British bond agency. In relation to this, Lars M Andersson was interviewed. Read the article here.

The English Local Government Association issued a press release last Friday, where the following is written:

”The cross-party executive of the Local Government Association, which represents councils in England and Wales, has voted unanimously in favour of pursuing the plan following 18 councils making formal expressions of interest in the creation of a Municipal Bonds Agency to rival those already in operation in Denmark, Sweden, Norway, the Netherlands and France.”

The local authorities that have stated their commitment to work with the LGA to develop the agency, are presented in the press release. They are:

Municipal Journal has published an article, written by Lars M Andersson, about the role of local government funding agencies and how they support local authorities in their infrastructure investment activities, so urgently needed to achieve growth. Beside this article, Sir Merrick Cockell, chairman of the LGA, has written a piece about the efforts in Britain to create an agency, with the headline ”A commercial breakthrough?”.

Read the first part of the article here

Read the second part of the article and Sir Merrick Cockell’s article  here.